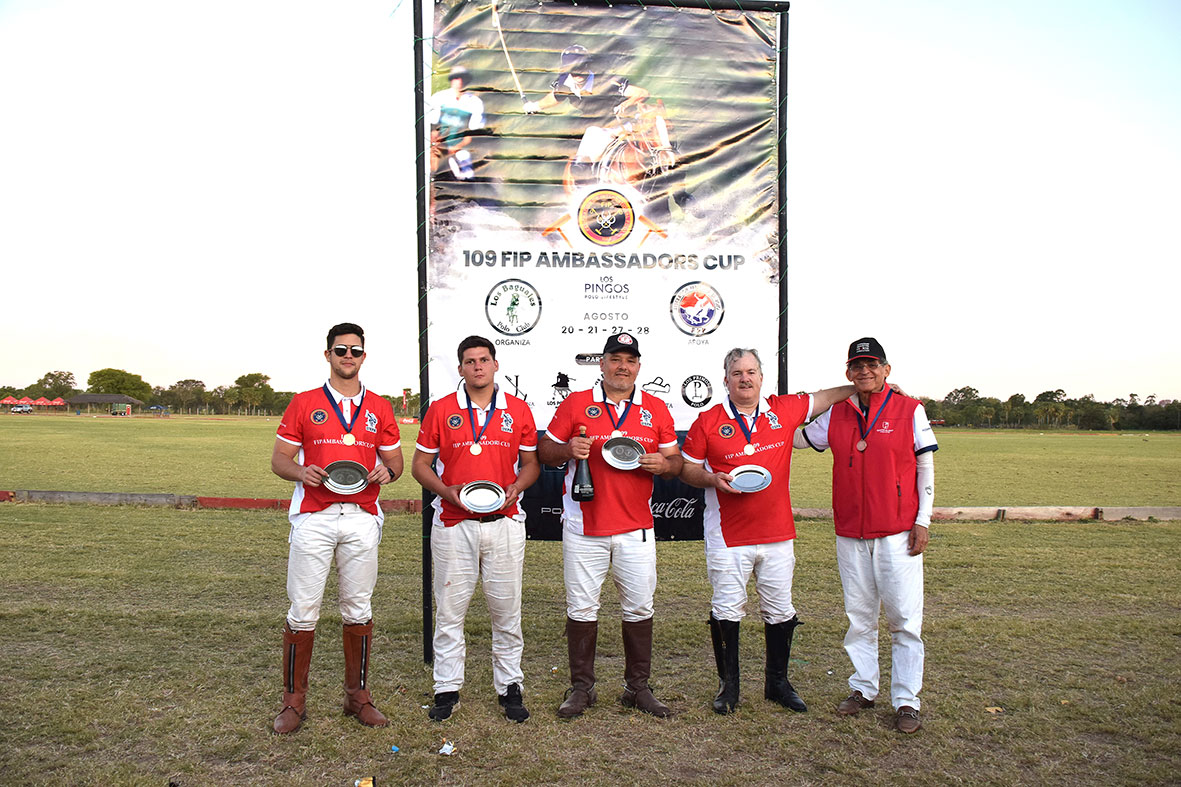 A radiant sun throughout the days the meeting was held, made the ideal environment for meetings of great camaraderie.

Music, dances and period costumes were the prelude to the long-awaited awards ceremony.

We would like to thank the participating teams, organizers and those who support us in a new activity.

A special thanks to René Olmedo, Enrique Cardoso, Eduardo Avilés and the entire Board of Directors of the Paraguayan Polo Federation and the Press Secretary Mr. Pablo Bergesio.

Thank you and until next time AMBASSADOR CUP